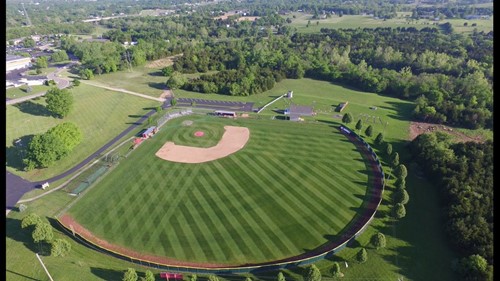 (9/24/20) MAC Fall Showcase.  The baseball team will have its annual fall showcase this year on Saturday, October 24th, 2020.  Click below to fill out this year's registration form. (3/16/20)  Spring sports canceled.  All spring sports at MAC have been canceled for the remainder of the season by the NJCAA.  Please check back periodically for announcements about recruiting, schedules, camp announcements, etc.

(2/27/20)  Baseball goes 1-2 in Jasper, Alabama.  MAC played three games this past weekend in Jasper, Alabama against Bevill State Community College. The Cardinals went 1-2 for the series. They won the first game 8-1 and lost games 2 and 3 both by the score of 4-2. They are 2-5 on the season.

(2/26/20)  Nathan Landry named Region 16 Pitcher of the Week.  Nathan Landry, a left-handed pitcher from Quebec, Canada, was named the Region 16 Pitcher of the Week.  Nathan has started two games for MAC this season accumulating 22 strike-outs in 12 innings pitched.  MAC is currently 2-5 on the season and play North Iowa Community College and Muskegon Community College this weekend in Millington, Tennessee. 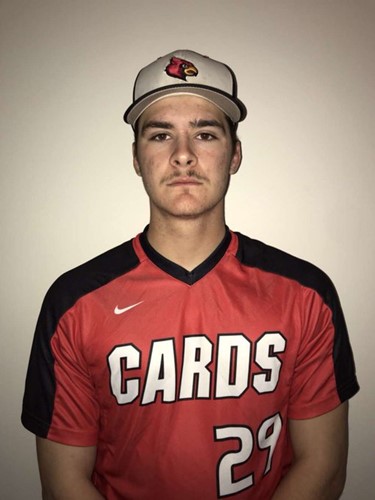 The Cardinals will head south again; this time to Alabama.  They will take on Bevill State on Friday, February 21st and 22nd.  The three-game series is scheduled to start on noon on Friday in Jasper, Alabama.

(2/13/20)  MAC baseball starts this week.  The baseball team gets underway this week with some road games down south. They will play two double-headers against Southwest Mississippi College and Copiah Lincoln. The first double-header will be on Friday in Summit, MS starting at noon. The games against Copiah Lincoln will take place on Saturday in Wesson, MS and will also start at noon.

(1/20/20)  Winter Showcase Results.  Click on the link below to view the results from this year's showcase.

Hicks was voted DH on CBN’s All-Canadian First Team after he batted .440 with 19 doubles, 14 homers, and 56 RBIs and registered a 1.374 OPS in 49 games in his sophomore season with the Mineral Area Cardinals. For his efforts, he received Honourable Mention NJCAA All-American honors to become the first baseball Cardinal to be so acknowledged. He was also named Region 16 Player of the Year.

Seven NJCAA players were also voted to the Canadian Baseball Network’s All-Canadian Second Team and eight more were elected to the All-Canadian Third Team. Their names are highlighted below.

Johnson also claimed the left-handed pitcher position on CBN’s All-Canadian First Team. He is the sole Manitoban on the squad. The First Team also boasts five Ontario players, two from Quebec, two from Alberta and one player each from New Brunswick and Nova Scotia.

The players on the All-Canadian teams represent the best of the 780 Canadians playing the majority of their schedule south of the border.

(10/3/19)  Cardinals update the fall schedule.  MAC is canceled with North Central on the 12th.  So, now they will start their annual Fall World Series.  The draft will be Monday night at 7:00 p.m. at Hub's Pub and Grill in Bonne Terre.  Then, they will play game 1 of the World Series on Tuesday, October 8th with the series concluding with an if-necessary game on October 15th.   MAC's last fall-season event will be the MAC Fall Showcase on October 26th.

(10/1/19)  MAC canceled vs. SWIC.  Baseball will not play this Friday at Southwestern Illinois College.  No makeup date has been scheduled.  The Cardinals are back in action at home against North Central on Saturday, October 12th.

MAC baseball will travel to Joplin, MO on Friday, September 27th. They will play 2 games. Game 1 will be against Butler Community College at 1 pm and Game 2 will be against Eastern Oklahoma at 4 pm.

(9/12/19)  Alumni game canceled for 2019.  This year's Alumni game has been canceled.  Tomorrow is the MAC Athletic Department Golf Tournament.  It will take place out at St. Francois County Country Club to help raise money for the athletic teams here at Mineral Area.

(9/9/19)  Cardinals start off the fall season with a victory.  The Mineral Area Baseball team opened the Fall season on Sunday, September 8th with a victory against Lincoln Trail (15-7) in Murray, Kentucky.

MAC baseball will travel to Austin Peay University on Saturday, September 21st. They will play 2 games. Game 1 will be against Columbia State College at 11 am and Game 2 will be against Dyersburg State at 1:30 pm.

(6/12/19)  Sophomore Liam Hicks named to the All-American team.  Liam Hicks was named Honorable Mention All-American this week by the NJCAA.  Liam is the first baseball Cardinal to ever receive the award.  Hicks had a fantastic season for MAC hitting 14 home runs with 56 runs batted in.  He batted .440 with a .567 on-base percentage.  Liam is a catcher and will attend Arkansas State University in the fall.

(5/15/19)  Liam Hicks named Region 16 Player of the Year.  Sophomore catcher Liam Hicks was named Region 16 Player of the Year.  Liam is from Toronto, Canada and had an incredible spring for the Cardinals.  He hit .440 with 14 home runs and 56 runs batted in.  He is an Arkansas State signee.  Mineral Area had four players overall receive post-season honors with Caleb Fuerstake also named to the first team.

Freshman Blakeney Kearby and Riley Parks were named to the 2nd team.