In six seasons, Blake has compiled a 182-133 record as the Cardinals skipper.  Coach Jones replaced Head Coach Stan Walden.   Coach Jones served as Coach Walden’s assistant for two seasons and worked as Jim Gerwitz’s assistant coach for two seasons prior to that.  Blake played summer baseball for Coach Walden and Hal Loughary for the Farmington Firebirds for three seasons.

Jones played his high school career at nearby Valley of Caledonia High School, where he was a three-time All-State athlete in baseball.  Jones then went on to pitch at Mineral Area College from 2004-2006.  He participated in the Region 16 All-Star game his sophomore season at MAC.  Blake then went on to finish up his baseball career at Lincoln University in Jefferson City.

Blake started his coaching career at Lincoln University in Jefferson City where he helped the pitching staff lower its earned run average by over a run per game.  Andy Moss, a former Mineral Area College baseball player was a member of Blake's staff and was drafted by the St. Louis Cardinals.

In the last 6 years, MAC has had 18 players move on to Division I schools.  74 of their players have moved on to 4-year schools. 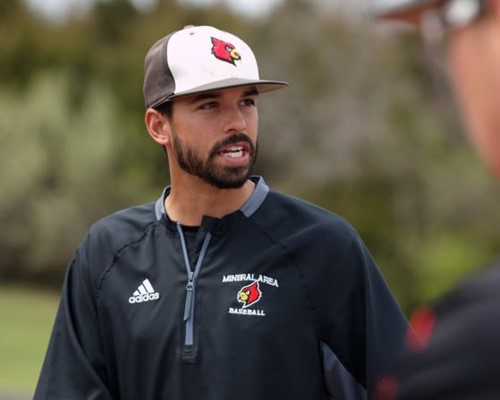 Jordan Thompson is entering his fifth season as an assistant baseball coach for MAC.  Jordan played 2 years of baseball for Mineral Area College and graduated with an AA in 2011. Jordan continued his baseball career at William Woods University for his final two years and graduated with a Psychology degree in 2013. After undergrad, Jordan enrolled in Eastern Illinois University to earn his master's degree in sports administration and kinesiology. He has been a high school assistant at Charleston high school and Bismarck High School and is excited to be back home and joining the Mineral Area coaching staff. Jordan is from Desloge, Missouri. 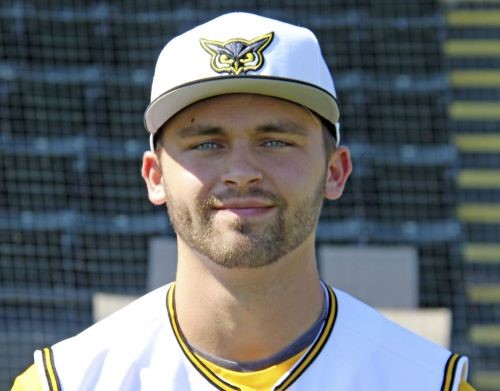