It is our purpose to provide our students with an exciting and challenging
experience in theatre while attending Mineral Area College. Our intent is to
enroll the students in the proper classes to ensure he/she will graduate
with an Associate of Arts degree, emphasis in Theatre.

While obtaining this degree, the student will be preparing to complete his/her
four year degree or enter into the world of professional work. We will do
everything in our power to see the student proceed to a higher level, not only
in their career, but also in life, by attending Mineral Area College.

APPROXIMATELY THREE WEEKS BEFORE THE PERFORMANCE

IN THE MAC BOOKSTORE

*TICKETS WILL BE ON SALE IN THE MAC BOOKSTORE*

(Three weeks prior to performance)

In this cult classic, stuck with a flat tire during a storm, Brad and Janet, discover the eerie mansion of Dr. Frank-N-Furter, a transvestite scientist. As their innocence is lost, Brad and Janet meet a houseful of wild characters, including a rocking biker and a creepy butler. Through elaborate dances and rock songs, Frank-N-Furter unveils his latest creation: a muscular man named "Rocky."

Thank you very much to all who auditioned. You made casting this show very difficult. Rehearsals will begin Wednesday, August 28. Please Bring a pencil. Scripts will be provided. 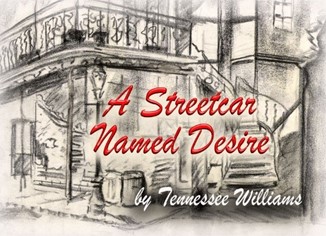 This renowned drama follows troubled school former schoolteacher Blanche DuBois as she leaves small-town Mississippi and moves in with her sister Stella and her husband Stanley in New Orleans. Blanche's flirtatious Southern-belle presence causes problems for Stella and Stanley, leading to even greater conflict in the Kowalski household. 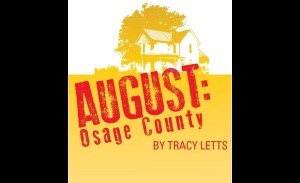 A vanished father. A pill-popping mother. Three sisters harboring shady little secrets. When the large Weston family unexpectedly reunites after Dad disappears, their Oklahoman family homestead explodes in a maelstrom of repressed truths and unsettling secrets. Mix in Violet, the drugged-up, scathingly acidic matriarch, and you've got a play that unflinchingly—and uproariously—exposes the dark side of the Midwestern American family.

Spring Musical: We Will Rock You

Earth's name has been changed to Planet Mall. Everyone wears the same clothes, thinks the same thoughts and goes about in a brain-dead haze. Musical instruments and composers are forbidden, and rock music is all but unknown. However, a small group of "Bohemians" struggles to restore the free exchange of thought, fashion, and (most of all) live music. With the help of Pop, an ancient hippie librarian, two Bohemians, Galileo and Scaramouche, find Rock's Holy Grail, Brian May's guitar buried in the remains of Embley Stadium.

The first rehearsal will be Thursday, February 27 at 6pm. We will meet in the theater and hand out scripts at that time. Bring a pencil and be on time. 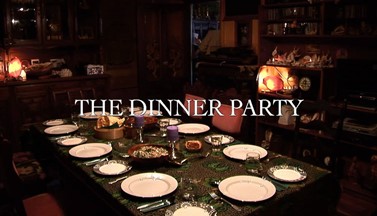 This Neil Simon comedy revolves around six people, who do not know one another, being invited to dine in a fancy Parisian restaurant. The diners do not know why they have been brought together. As it turns out, the dinner is about their damaged relationships and whether or not they can reconcile.

Though the characters may be familiar, each of your favorite storybook fables is uproariously derailed in this adaptation of the children's book of fractured fairy tales. Everything from "Chicken Little" to "The Gingerbread Man" gets a complete makeover. Fun music and witty narration accompany the likes of ineloquent giants, sassy barnyard animals, colossal cow pies, and enough stinky cheese to go around.

Anybody can audition for shows, and we’re always looking for help with other aspects of the production. For more information, contact Chuck Gallaher, Director of Theatre, cgallahe@mineralarea.edu

All seats are reserved.

If you would like to bring your group of students to one of our shows, please call Robyn at (573) 518-2246 to reserve a group rate of $3 per person, which also includes a tour backstage prior to the show.

Anybody can audition for shows! See above for audition dates. All auditions take place in the MAC Theater unless otherwise indicated.  If you have any questions about auditioning, please call the theater office at (573) 518-2181.

Want to receive announcements for our shows?

Please e-mail the theatre office, theatre@mineralarea.edu, with your name and
mailing address, or request e-mail messages.  Please indicate if you would like to receive announcements for auditions, performances, or both.

Past Performances (Our last 10 years)

Our sponsors allow us to increase the quality of the special effects, costumes and sets for our shows and help us to purchase tools and equipment needed to run the theatre department.

Without our sponsors, many aspects of our productions would not be possible. Mineral Area College Little Theatre Guild Sponsors receive tickets to all mainstage shows and have an advance on preference seating. Becoming a sponsor is simple. Just click on the sponsorship form link below, fill it out and mail it to us with your donation and we will take care of the rest!

Advertising in Little Theatre Guild programs is a great way to support the arts in your community while also promoting your business. Ad prices start at just just $25 for a 1/8 page ad in each of our programs for a whole season.

We offer several work scholarships per year in Theatre. Students are not required to be a Theatre major. Requirements for the Theatre Scholarship are as follows:

The scholarship form may be downloaded here.