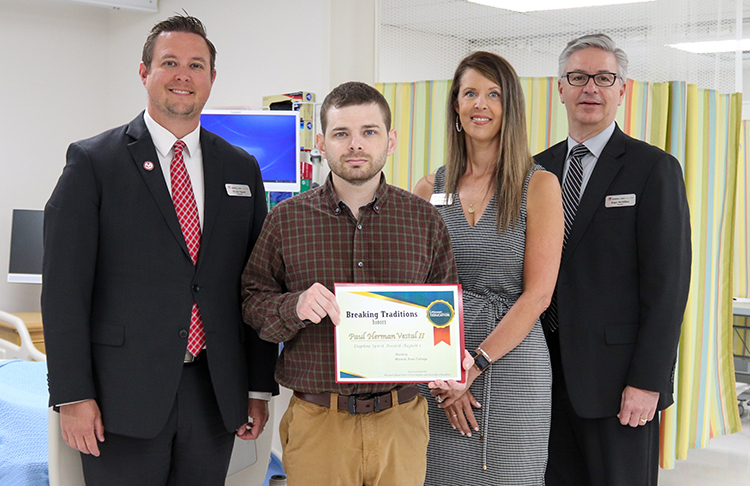 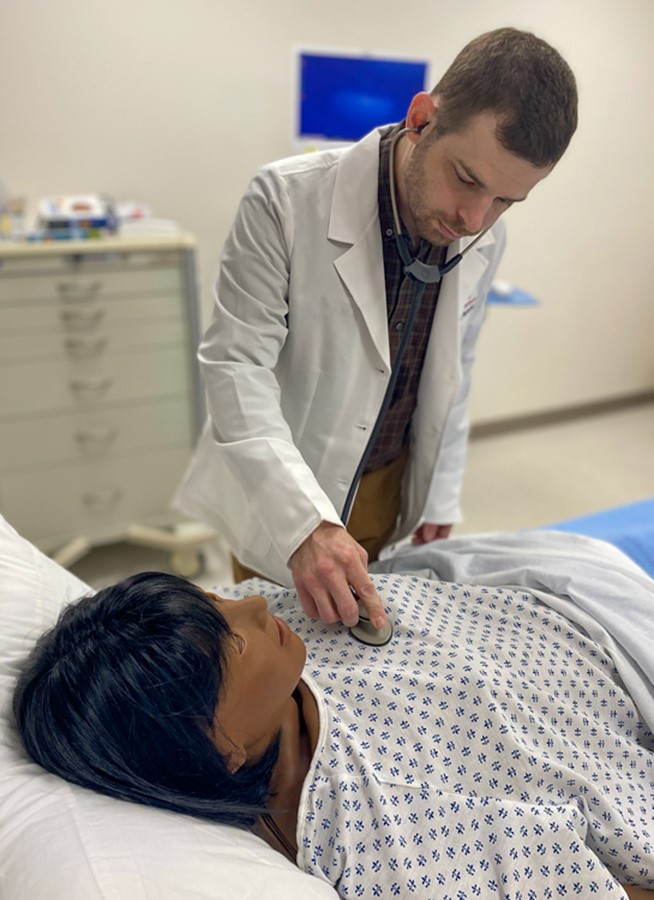 I will fill my niche with no regard for tradition because when there is so much good to be done in the world, who cares about gender roles? I will be the beacon in the crossroad.
-Paul Vestal

The Breaking Traditions Awards are awarded annually to outstanding nontraditional career and technical students in the state.  DESE considers nontraditional careers to be occupations in fields of work in which one gender comprises less than 25 percent of the individuals employed. The Daphna Jones Spirit Award is presented to a person who exemplifies an unbreakable spirit, has overcome undue hardships, braved harsh obstacles, stood courageously against troubles, and has had the tenacity to surpass all odds.

Paul was nominated by MAC Allied Health Director Angie Erickson, who noted his “quiet, humble strength,” ability to persevere when faced with adversity, and embodiment of the qualities befitting a nurse—compassion, empathy, consideration, communication skills, and confidence.

Growing up, nursing was not the career Paul expected to pursue, but he is appreciative of the journey and those who served as a “beacon in each crossroad” to bring him to this point. Joining the Marine Corps Infantry at 17, he deployed twice to Afghanistan. His experiences and relationships formed during his service—especially the friendship of a fellow Marine who walked beside him during tough times—influenced his desire to pursue nursing and inspired him to be a mentor for veterans.

“Whether it’s the birth of a first child or the death of a parent, nurses are there to share in the joy and sorrow of the moment,” he said. “They bridge the gap; they hold the line. Likewise, I find my reasonable service to society is to give back in light of that which has been done for me.”

Paul credits his mother as his first role model and as a single, working mother in the 1970s, a nontraditional success story. She passed away when Paul was just ten years old but instilled the knowledge that he could do anything in life.  After completing the Associate Degree Nursing program at MAC, Paul plans to work as a Psychiatric Mental Health Nurse while continuing his education to reach his ultimate goal of becoming a Psychiatric Mental Health Nurse Practitioner for the Veteran’s Health Administration.

“A close friend of the family, a woman, said that she looked up to my mother because she was the woman that transcended gender expectations of the time,” Paul said. “I will fill my niche with no regard for tradition because when there is so much good to be done in the world, who cares about gender roles? I will be the beacon in the crossroad.”